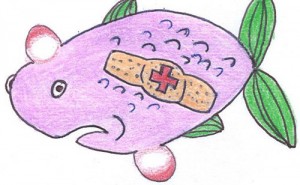 How Are Things Today?
Environment Canada reviewed fish tumour data from all Canadian Area Of Concerns (completed in 2010). Hamilton Harbour was the only Area Of Concerns site of the six surveyed which had a statistically significant difference from its reference site, which was Jordan Harbour.
What Still Needs To Happen?
When Will The Status Change?