Sketch Out Your Hamilton
BY Harold Sikkema
ON July 6, 2016

Grab a pencil (imaginary or otherwise) and sketch out your Hamilton. What important lines will you draw? A railway line? A jagged escarpment edge? A picket line in a labour strike? What about the shore line? Or a contour line on a map of the local watershed? My eye forges a way through the city’s visuals. My feet trace a trajectory through its ecological networks. My arms paddle a path through Cootes Paradise.

I settle on the curved neck line of a young cormorant. Eager to transcend this nest of sticks, she will soon squawk with the squabble, and gulp with the gulp. She will catch a lot of fish (consume, consume, consume). The aftermath will kill trees (excrete, excrete, excrete). Unloved by sport fishermen, she faces the possibility of a cull. It’s not an easy life as a clumsy constituent of a species deemed overly dense. She’ll trace out a line of flight marked by something other than grace: an awkward sort of airborne.

Humans may relate. Aren’t we also maladroit consumers, overpopulated, and leaving imbalance in our wake? It’s our pattern too, to eat our fill, to make noise, to flap our wings, and avoid the eco fees. With bigger brains, we have the added advantage (or curse) of calculating the costs (both visible and hidden), and to trouble ourselves with the forethought of grief.

To the naked eye, algal blooms seem vivid, but the naked mind knows it’s no green carpet. Burgeoning blooms crowd out other creatures, and we’re the culprits: our cocktails of chemical runoff conditioning the water. Below the surface are other (less obvious) imbalances. With so many birds – and their many gifts – around, E. Coli bacteria also thrive. For these flagellum-propelled fiends, the bay is a feast. We hold festivals, too, in the ambitious city … but the beach is closed for the season.

Back in 2010, I found an excess of rusted metal washing ashore on the east end of Confederation Park. Gathering these pieces into an artful heap seemed redemptive at the time. Perhaps the park staff appreciated having it all on one place for easy disposal. But looking at it now, I’d say it was more of a lament for missing respect. On a clean beach, rusted-metal art would be unthinkable.

Attitudes do shift. The overwrought harmony we once imagined between nature and industry has given way to the need for remediation, and eventually the willpower to follow through. Randle Reef is getting an expensive new hat. And we approach a 2025 in which we hope no longer to represent an Area of Concern. Our concern these days, en-route to becoming a source of (rather than a target for) generosity, is to make softer propaganda: art is the new steel, the city of waterfalls, DWN TWN, etc. But we’ve been chastened by time.

While we muse about bringing back the bay, the escarpment itself recalls more ancient coastlines beyond the scope of restoration. It occurs to me that nobody now advocates for the revival of any Ordovician sea, nor does anyone lament the demise (via climate change) of ancient tropical coral reefs, whose fossils now rest in local limestone. We have a hard enough time going back 50 years, let alone 500 million. But from the point of view of gastropods and tabulate corals, the notion of a “bay area” carries (both spatially and temporally) a much broader nuance.

That a bay remains here at all has deeply influenced my art making. Shorelines of any kind are liable to further existential questions. But I have had the opportunity to ask mine along the weft and weave of these particular shores. I think it’s a unique confluence of forces here: fragile and ironic, but also frolicking with degrees of vague aspiration. Here, I find myself woven into networks of human and non-human activity alike. Fish and bicycles generally traverse bike lanes and creeks respectively. But, because this is Hamilton, I do occasionally find a bike in the water, or a fish on the sidewalk. It is the raw and unexpected materiality of a place used and abused by self-interested lifeforms of all genetic codes. I go on driving my Toyota, and realize that I participate in the dark underbelly of a human presence with an ecological cost. Oil slicks abound.

But I do encounter threads of resilience. Blanding’s turtle is still with us (God bless her). Skunk cabbage, my favourite devious plant, continues to gather chemical means from the swamp, to melt snow, and to bloom in February. And the Baltimore oriole continues, occasionally to enthrall.

The practice of looking is for me either a matter of habit or of ritual (depending on the sacredness of the day), but always it has the mark of being cyclical. If you can find it in yourself to come back to a place again and again, to recur in your recursion, the ins and outs of the world begin more readily to reveal themselves. The way the ice behaves in the spring, the peculiar shades of green that decorate the valley, the unexpected things that go on in the ditch: they all announce something more. It seems to me sometimes that there remain things to salvage from the everyday. Perhaps the ecosystem doesn’t need our curiosity (isn’t it curious enough on its own?). But in the seasons of the camera shutter, I do find myself to be a part of the goings-on, and in that practice I weave the meandering thread that approximates my centre. 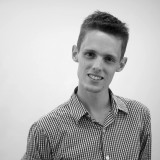 Enjoy the successes of our community's restoration efforts and discover the Harbour's story with BARC's digital explorer.
Get Started