Calling all Anglers!
BY Julie Vanden Byllaardt
ON September 12, 2019
We need your help! The Remedial Action Plan would like to know if you fish in Hamilton Harbour and if you eat your catch through a short online survey. It takes less than 5 minutes!

Our data on fish consumption is old. It was collected more than 20 years ago, back in 1996… that’s too old! A lot has changed in the Harbour since then, including a surging Walleye fishery after stocking began in 2012.

Did you know that it is safe to eat some Hamilton Harbour fishes? Walleye is one of these species and so is Black Crappie and Yellow Perch, but each has their limits. Guidelines are set after rigorous testing of contaminants, such as PCBs (polycyclic biphenyls), by the Ministry of Environment, Conservation and Parks (MECP). To complement their testing, it is helpful to know what fishes are preferred by anglers. This is why we need your help with the survey!

To eat or to not to eat your catch…
Generally, older and fattier fish are not safe to eat as well as species that tend to be big overall such as salmon. Because larger fish generally have a longer life, they have more time to accumulate potential contaminants, not just in the Harbour, but across the Great Lakes. Contaminants accumulate more in the fat of fish, which is why it is advised to trim away the fat before consuming. In Hamilton Harbour, sucker fish that nudge around in the sediments, like Common Carp, are also less safe to eat because they consume the bottom-dwelling insects that may have come into contact with the historical loads of contaminants that existed in some areas of the Harbour.
Check out the fish consumption guidelines, here; search Hamilton Harbour on the map, or your favourite species. The MECP has a very encompassing data set that stretches across Ontario and has information on each fish species and size class for nearly every waterbody in Ontario! Keep an eye out - we created an Eat Safe Fish Booklet that makes the guide easier to understand in Hamilton Harbour and will be available on our website soon.

Important note: the movement of Walleye in Hamilton Harbour is being studied by Fisheries and Oceans Canada using acoustic telemetry – you will see Walleye and other species with labelled tags. As a courtesy to science and our restoration efforts – if you are keeping the fish, please mail the transmitter back to the address on the label.

Channel Catfish, Rainbow Trout, Yellow Perch, White Bass, and Smallmouth Bass were some of the most consumed species. Of the 111 participants, 627 meals were reported for Channel Catfish within a one-year time period! 5405 meals were had in total from Hamilton Harbour. That’s a lot!

Back in 1996 there were few walleye to be found. With stocking efforts and a surge in the population, we believe this species is being caught and consumed more frequently as well as year-round with ice fishing. This is one of the reasons we are updating our survey.

Please consider completing the online survey. In doing so, you will help the Remedial Action Plan promote, improve, and protect the fishery that we’re proud to have in our backyard.

Interested in seeing the results of the survey? Come back next year to find an overview, which will be posted on www.HamiltonHarbour.ca after the survey closes. 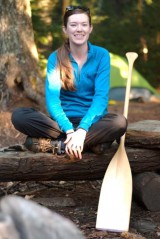 Check out the Toward Safe Harbour Report Card - an assessment of the progress to restore Hamilton Harbour under the Remedial Action Plan.
Read Here