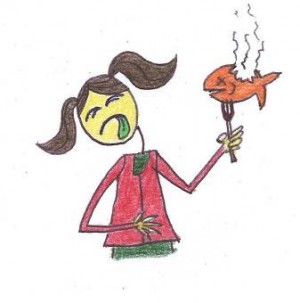 What was the original problem? The 1992 report indicated no known impairment existing in Hamilton Harbour fish as there had been no complaints. Tainting of wildlife flavour was also not observed. No formal study of tainting of fish and wildlife had yet been undertaken.
Listing Guideline: When ambient water quality standards, objectives, or guidelines for the anthropogenic substance(s) known to cause tainting, are being exceeded or survey results have identified tainting of fish or wildlife flavour.
Delisting Guideline: When survey results confirm no tainting of fish or wildlife flavour.
How Are Things Today?
Through three lines of evidence (no public complaints, low phenolics loadings, and positive survey of users) this beneficial use can be considered to be not impaired in Hamilton Harbour.