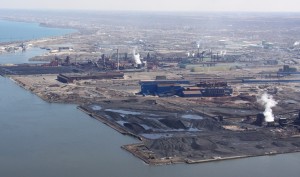 What is Climate Change?

There are two causes of global climate change: natural causes and human causes. Natural causes can be defined as factors that occur naturally and are external to the climate system, such as volcanic activity and the Earth’s orbit around the sun.
Human causes do not occur naturally and are a result of human activity, such as the burning of fossil fuels like gas or coal. Human influences on the climate system have significantly increased due to rapid growth in industrialization. Human activities contribute to climate change by emitting greenhouses gases (GHG) into the atmosphere. Common GHGs include carbon dioxide, methane and nitrous oxide. GHGs surround our planet and act as a barrier to prevent the loss of heat and energy into space, which causes the atmosphere to warm. In excess quantity, the gases can change the Earth’s climate and negatively impact the health of the environment and humans.

What are the impacts of Climate Change?

How Does Climate Change Impact Hamilton?


The impacts of climate change would - and already have begun to - affect our community, in particular stormwater management and algal blooms.
Stormwater Management

Larger, more intense storms are predicted to occur more frequently in the near future. During a typical rain event, water flowing quickly over impervious surfaces collects in stormdrains (sewers), combines with wastewater from residential and commercial properties (developed before 1970) then flows toward wastewater treatment plants to be cleaned. However, during large rain events, the amount of water entering the system can exceed plant capacity. The excess water is then diverted to nine subterranean tanks, known as combined sewer overflows (CSOs), for storage until the plant is able to process it.
In some cases, the sudden flood of rain exceeds even CSO capacity, so untreated water is released into the Harbour, delivering mass amounts of raw sewage (E.coli), fertilizers, pesticides, others hazardous chemicals and suspended sediments.
Algal Blooms

Among the various organic and inorganic materials flowing into the Harbour during stormwater events is the nutrient phosphorus. Urban runoff, fertilized crop-land, animal manure storage areas, disturbed land and exposed soils, rocks, drained wetlands, failing septic systems, commercial cleaning products and wastewater treatment plants all contribute phosphorus to the Harbour. Phosphorus is a nutrient that is essential for the plants and animals of any aquatic food web. However, even small increases in phosphorus in water can cause undesirable events or conditions including accelerated plant growth, algae blooms, low dissolved oxygen, and the death of certain fish, invertebrates and other aquatic wildlife (Toward Safe Harbours Report, 2014).
Unlike traditional aquatic “plants”, algal blooms are a threat to restoring health y Harbour water quality. Progressively intense rain events are predicted to increase the amount of phosphorus entering the Harbour system. The continued restoration of Hamilton Harbour - notably improvements to water quality – will depend on the actions of its citizens in order to identify and mitigate the effects of climate change in ways that simultaneously support the rehabilitation of our watershed. Photo to right: Workers skim algae off water at Bayfront Park to prevent toxic blue-green algae blooms (2016).

What is our Province Doing?

In mitigating and adapting to climate change, the province of Ontario is striving to redesign and build strong carbon neutral communities, infrastructure, and energy. Guiding Ontario\'s action on climate change is based on leadership around balancing the economy, environment, and other social elements.

Find out about the protection of the Great Lakes during climate change!
Learn More