The Killer Cold Is Saving Lives
BY Christine Bowen
ON February 2, 2018
At this time you may not be thankful for 6 more weeks of winter, but here is one reason to be thankful for the ocld! Asian Long Horned Beetles are considered one of the world’s 100 worst invasive species. The Asian Long Horned Beetle is a sapwood borer found in many hardwood species, attacking both coniferous and deciduous trees . Examples include Maples, Birches and poplars.  &n...
CONTINUE READING ►

More than just a meal: Ontario’s freshwater mussels
BY Margaret Sheldon
ON November 24, 2017
When people in Ontario hear the word “mussels” they normally think about the tasty ocean mussels smothered in butter and garlic that they have as a meal every so often. What Ontarians often don’t realize, however, is that their province is actually the national hotspot for freshwater mussels. While these native species may not be as appealing to eat as their mar...
CONTINUE READING ► 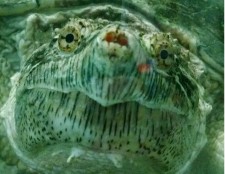 Where have the turtles gone?
BY Christine Bowen
ON November 17, 2017
The turtles don’t go anywhere, but rather hide and relax through Brumation!  Brumation is very  similar to hibernation but done by ectotherms (cold-blooded animals) and involves specific metabolic processes.  Generally, turtles find a specific site, called hibernacula, to rest.  Hibernacula are very specifically chosen, and dependent on species and life stage.  In no...
CONTINUE READING ► 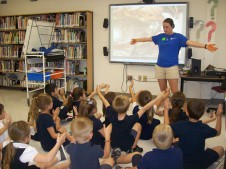 A support letter from St. Marguerite CES
BY Bay Area Restoration Council
ON November 10, 2017
We love receiving positive feedback from the schools we visit. Check out this amazing support letter we received from St. Marguerite CES: "BARC has provided many environmental educational programs for the students at our school over the years.  In fact, we have experienced all their excellent programs and highly recommend them for all schools to participate in learning about helping the ...
CONTINUE READING ►

Hamilton: A Pumpkin Lovers Paradise
BY Laura Stinson
ON October 30, 2017
People celebrate Halloween with great enthusiasm. Many decorate their homes, spend hours making a costume, and try their best to put on a scare. But the most popular part of Halloween is of course, the pumpkin. Carving and decorating pumpkins started when the event of Halloween came to North America. Pumpkins were discovered to be easier to carve than the original jack-o'-lanterns that were carved...
CONTINUE READING ►