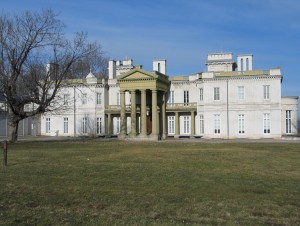 The Dundurn Castle site was originally a military post during the War of 1812. In 1835, Sir Allan MacNab built Dundurn Castle. He was the Premier of the two provinces of Canada, which included Ontario and Quebec (then known as Upper and Lower Canada). Sir Allan built his home at this site in part because of the commanding view of beautiful Hamilton harbour. Dundurn Castle was the first building in Hamilton to have indoor plumbing; before that, all plumbing was outside. Today Dundurn Castle has been restored to the year 1855 and is open for public tours. The castle has over 40 rooms on three floors, and there is a military museum and restored kitchen garden on site. For more information click here.