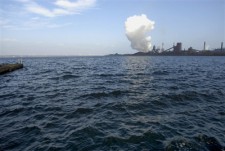 The Blob Box Hits a Snag
BY Scott Koblyk
ON June 17, 2014
The Hamilton/Burlington community got some Randle Reef news today and for the first time in a long time, the news wasn’t good. The project, which had been building momentum and seemed on track to start construction in the summer of 2014, had hit a snag in the tendering process. All of the contractors bidding for the first phase of the work (one of three phases), submitted bids significantly over the anticipated budget.

The Randle Reef project partners, working closely with Public Works Canada (the organization managing the tendering), responded quickly to see if there was a simple way move past the snag, but there was no expedient solution. Now the Randle Reef project will almost inevitably face delays that will take it off the most recently anticipated timeline.

The Bay Area Restoration Council is not one of the Randle Reef funding partners – those are the Government of Canada, the Province of Ontario, the City of Hamilton, the City of Burlington, Halton Region, U.S. Steel Canada and the Hamilton Port Authority. Those partners control the Randle Reef project and only they can speak on its behalf, but since BARC is a keen and engaged observer, and a long-time advocate for the Randle Reef cleanup, this is how we see the situation.

The Randle Reef process has been thorough and robust all along. It included not just extensive peer review of the budget, for example, but also intensive value engineering. BARC has great confidence in both the project partners and the plan that is in place. These kinds of challenges with tendering are certainly not uncommon in projects of this size, so at this point, we are confident the project remains on track, if now off schedule. We are convinced that all of the partners remain committed to cleaning up this toxic hot spot. We also know they are working actively towards a solution. All of the key players recognize how important the Randle Reef cleanup is ecologically, economically and socially to Hamilton/Burlington and understand that there is a strong moral contract with the local community to deliver the project in the best way possible.

While it’s disappointing that this setback will likely have an impact on the project timeline, the Hamilton/Burlington community is used to being patient with the complex Randle Reef process. It’s a tremendously important project that is not only worth doing, it’s worth doing the right way and, within reason, I am willing to wait a little longer if it means getting the best solution for the community.

The next steps have been mapped out and include going back to bidders and potential bidders for an “industry day” that will hopefully result in bids that fit better with the Randle Reef budget. While many aspects of the tendering process are confidential as per Public Works Canada guidelines, BARC will stay as informed as possible and advocate with the Randle Reef partners to provide as much information to the public as regulations allow.

We are going to get this done. We’re going to contain the Randle Reef sediment and we’re going to meet the criteria for delisting Hamilton Harbour/Burlington Bay as an area of concern. As anyone who has been involved in any environmental cleanup can confirm, however, it’s never a simple process. If it were, we would be delisting right about now and I would be sitting on my deck with a cold beverage and a good book instead of writing about toxic sludge and federal tendering regulations.
Readers and others are invited to attend BARC’s Reception & AGM next Monday, June 23 featuring guest speaker, Hamilton City Manager, Chris Murray. His talk “The Art of the Deal” is an insider’s take on the complexities of pulling together a deal like Randle Reef. It looks like that job isn’t quite done just yet! More details are here, and you can RSVP here. 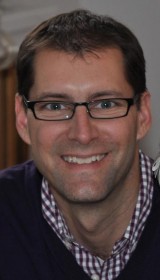