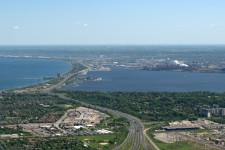 Hamilton Harbour is One Lucky Harbour
BY Julie Vanden Byllaardt
ON July 5, 2018
Of the 12 Areas of Concern in Canada, Hamilton Harbour seems to get the most attention, research wise, and deserves it. With a lot of scientific focus on contamination hot spots (like Randle Reef), tracking pollution, fish habitat, and the animals that live in it, we’ve been able to make long strides in the Harbour’s clean-up. There are an impressive 60+ projects contributing to a...
CONTINUE READING ►

The roots of building a rain garden
BY Christine Bowen
ON July 2, 2018
Want to help manage run-off? You can! It’s as easy as making a garden. A Rain Garden to be precise. A rain garden is a depression in the ground designed to catch run-off and filled with native growing plants that don’t mind occasional dry and flooding spells. Rain gardens have many benefits, including: providing habitat for wildlife (like caterpillars), slowing run-off to prevent sed...
CONTINUE READING ► 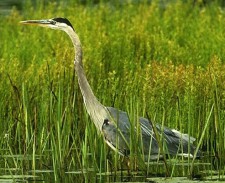 Blue Herons: They're Grrrreat!
BY Emily Bootsma
ON June 22, 2018
A heron stands motionless in the shallow waters of the marsh, her keen eyes scanning for fish beneath the surface. Her long, slender neck is bent in a distinctive s-shape and her shaggy grey wings are neatly folded against her back. Once she spots her prey, the heron strikes in the blink of an eye, snatching a fish from the water with her blade-like bill and immediately swallowin...
CONTINUE READING ► 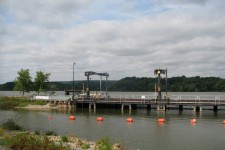 CARPe Diem: Seizing the Bay back from invasive fish
BY Emily Bootsma
ON June 2, 2018
What is the Fishway? You have probably seen its odd, metallic bulk spanning the canal between Hamilton Harbour and Cootes Paradise as you drive by on the 403 or the York Boulevard bridge. You may know that the Fishway is a source of pride for many in Hamilton, but do you know why? What does it really do? As you may be able to guess by its name, it has something to do with fish. I...
CONTINUE READING ► 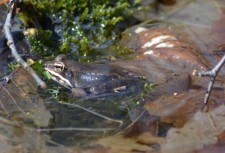 Frozen Wood.. Frogs?
BY Jessica Tartaglia
ON May 19, 2018
It’s spring! And the last thing you probably want to think about is the cold winter weather we just left behind. But as the temperatures get warmer there are recognizable signs that spring is here. Most people are familiar with how mammals and birds survive through winter, by either migrating, hibernating, or just by using the resources available to them in the frigid conditions of Canadian ...
CONTINUE READING ► 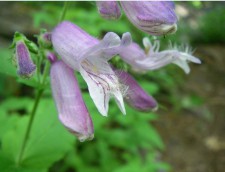 Plant Profile: Beardtongue
BY Matthew Bowen, Evan Hadley and Charlie Laporte
ON May 7, 2018
Penstemon digitalis,  is a native wildflower found throughout Eastern Canada and the United States, as far south as Texas. It is commonly called Foxglove Beardtongue because the flower has the appearance of an open mouth with a hairy tongue inside.  It is a herbaceous perennial that has white flowers from early June to late August. It can be identified via it’s: Simple, o...
CONTINUE READING ►
prev.  1   2   3   4   5   6   7   8   9   10   11   12   ...   22   next