McMaster Water Week: Bridging Community, Science & Action - October 6-10 2014
BY Dustin Garrick and Heather O'Leary
ON September 30, 2014
Stockholm. Singapore. Amsterdam. Hamilton? In 1990, Stockholm kicked off its first “World Water Week” – a tradition that continues each September with over 3000 people from across the world converging on the “city of water” to tackle the global water crisis. Singapore and Amsterdam have followed suit in 2008 and 2012, respectively. With McMaster Water Week, it&#...
CONTINUE READING ►

Citizen Science: Natural and Safe Household Cleaning Products
BY Amanda Weldon
ON September 17, 2014
McMaster University not only provides classrooms to learn but avenues through which to learn, allowing students the opportunity to explore and expand their interests. I had enrolled in Dr. Marueen Padden’s Economics in Ecology class in hopes of simply finishing my Undergraduate in Honors Life Sciences. As one of the many eager students filing into the lecture hall, I was unaware of the degre...
CONTINUE READING ► 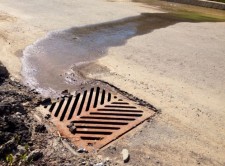 How Stormwater Runoff From All Corners of the City Affects Hamilton Harbour
BY Michael Albanese
ON September 5, 2014
During my short tenure here at Green Venture I have noticed within the community a real desire to see an improvement in the health of Hamilton Harbour. The good news for us as residents is that there are a number of initiatives that have already been put in place, as well as many others currently in the works, that aim to restore the Harbour back to the ecological sanctuary it once was. What’...
CONTINUE READING ► 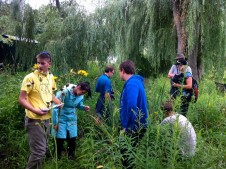 Adopting a Park and Supporting the Watershed
BY Nancy Henley
ON August 26, 2014
We are a small group of three greater Hamilton citizens whose livelihoods and interests have exposed us to the importance of healthy watersheds and sustainable living. We have come together as a self-employed chef, a specialist in the Ministry of Natural Resources and Forestry and an analyst in the Ontario Ministry of the Environment and Climate Change to adopt a park in our neighbourhood (City of...
CONTINUE READING ► 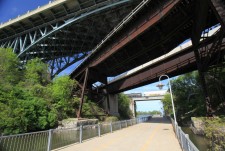 Exploring the Harbour Through New Eyes
BY Steve Watts
ON August 12, 2014
My entire life I have lived in Hamilton and enjoyed the many things our city has to offer. Hiking the trails throughout Hamilton and gawking at the countless number of waterfalls has given me an appreciation of our city's natural beauty. As a child, I also frequented Bayfront Park to rollerblade or walk the Waterfront Trail. These trips to the Harbour exposed me to an array of historical, economi...
CONTINUE READING ►